Legends Seafood Restaurant is a traditional Chinese seafood restaurant located in Surfers Paradise, Gold Coast. We specialise in authentic Chinese food prepared in the Hong Kong/Cantonese style with our main focus being our wide selection of delicious fresh seafood dishes.

As it is the custom in Cantonese cuisine, we direct our attention mainly to the quality and freshness of all our ingredients, as we strive to provide an amazing culinary experience to our customers and let them discover popular Chinese food. And, much like any other good Chinese restaurant, excellent customer service is a must, as we want to create an atmosphere that makes you feel as if you’ve been transported to China for a few moments.

Legends Seafood Restaurant is a well-established brand in our area and with our decades-long history, our food is loved by both locals and visitors alike. That includes, among other people, many celebrities visiting the Gold Coast from different Asian countries such as Hong Kong, Singapore, Japan, or Taiwan, who come to us to experience the Surfers Paradise dining scene.

All of our staff, including the chefs and managers as well as the owners, have been trained in Chinese and Cantonese cuisine and have years of experience working in five-star hotels in mainland China and Hong Kong. We are a team of experienced professionals who are passionate about food and it shows! 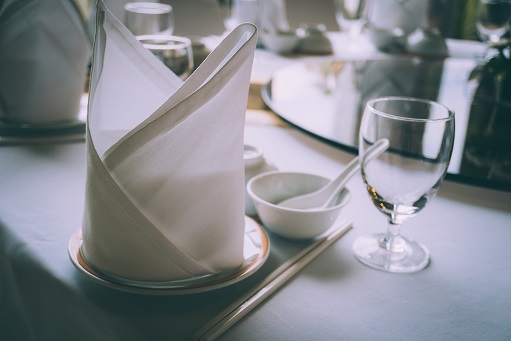 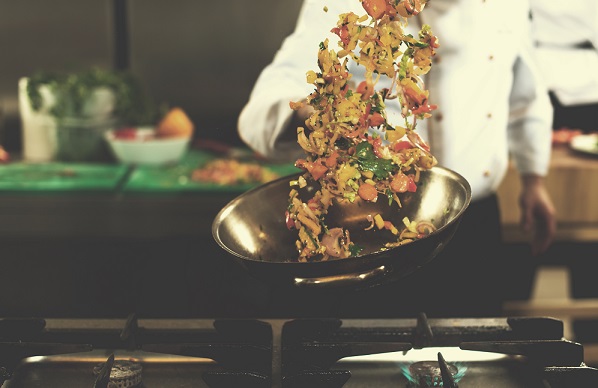 From a wide variety of seafood dishes, including our famous salt and pepper crab as well as lobsters, reef fish, scallops, or prawns, to typical homely Cantonese meals like crispy skin chicken or roast duck, there is something on the menu for every Chinese food lover to choose from. In typical Chinese fashion, our dishes are ideal for sharing among multiple people, so bring your family and friends along as well.

So, if you are looking for the best Chinese restaurant in the Surfers Paradise area, give us a visit! We have been serving the best, freshest, and most delicious seafood and Chinese dishes in the Gold Coast since 1997. We offer food for dine-in and takeaway, so come try the best Chinese food in Gold Coast, or take a look at our menu, take your pick, and order some of our delicious dishes to consume from the comfort of your home. 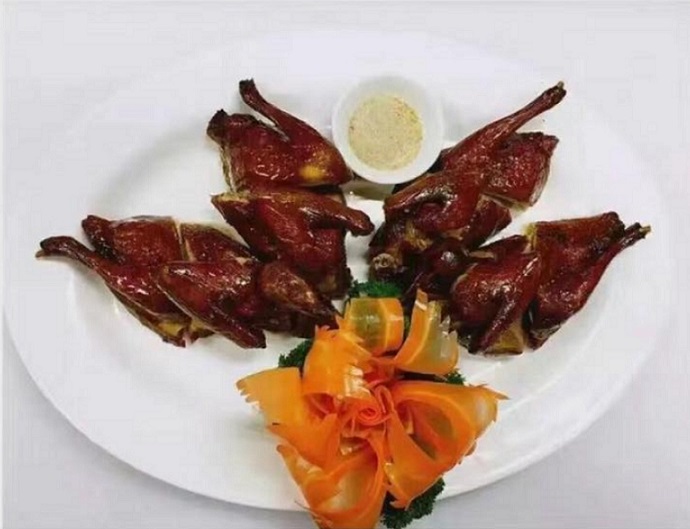 Whole young pigeon seasoned with a variety of spices 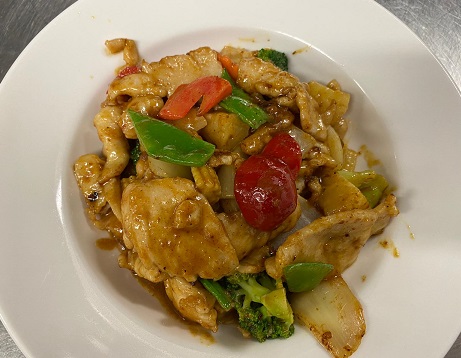 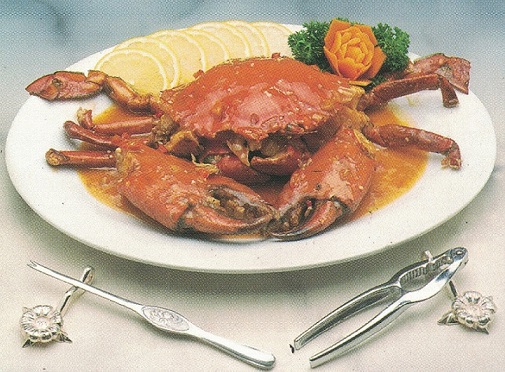 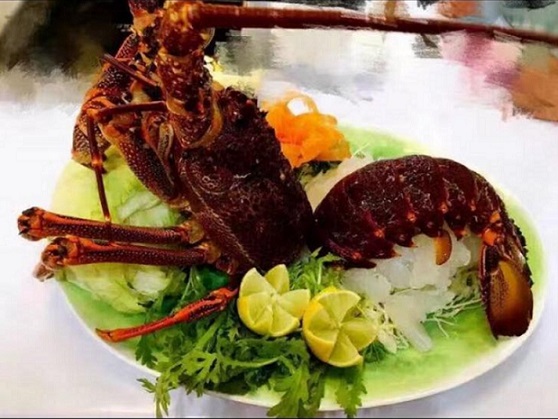 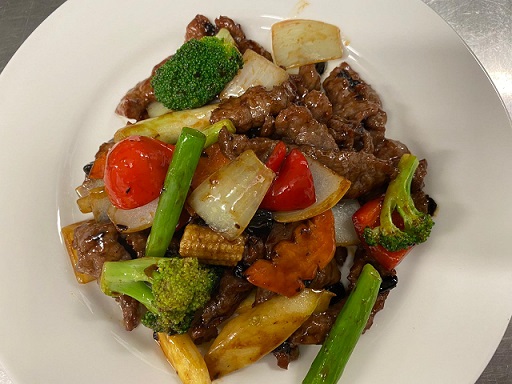 At Legend Seafood Restaurant, as the name suggests, we specialise in all kinds of fish and seafood prepared with the Cantonese cooking principles in mind. We put a lot of emphasis on the quality and freshness of all our ingredients, so you can be sure that the seafood you order is fresh out of the water, not the freezer.

One of our most popular seafood dishes is the salt and pepper mud crab and it’s for a good reason — it’s simply delicious! Wok-fried spices and vegetables are mixed with live crab to create the ultimate combination of salt, spice, and crunch.

Our other seafood specialties and popular picks from the menu include the garlic and butter lobster, ginger and shallot crab/lobster, and steamed reef fish and seafood of all kinds. Seafood is our strong suit, so if you like creatures of the sea on your plate at all, you will love Legends Seafood!

We do not forget about those of our customers who might not be huge fans of seafood either. For those who prefer meat-based dishes, we have a wide selection of tasty and healthy Chinese food as well. Our most loved non-seafood dish specialties are black bean sauce with beef, roast duck, crispy skin chicken, and sweet and sour pork, all cooked in the traditional Cantonese style to provide our customers with authentic Chinese restaurant dining experience. 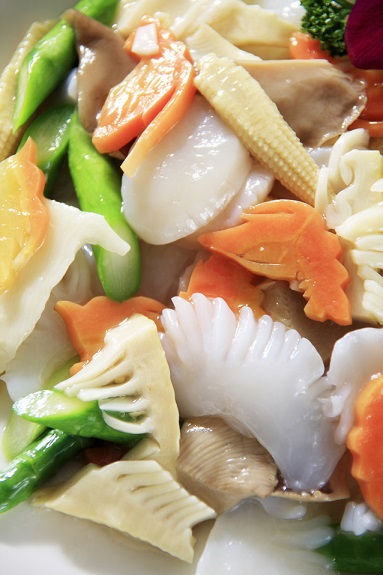 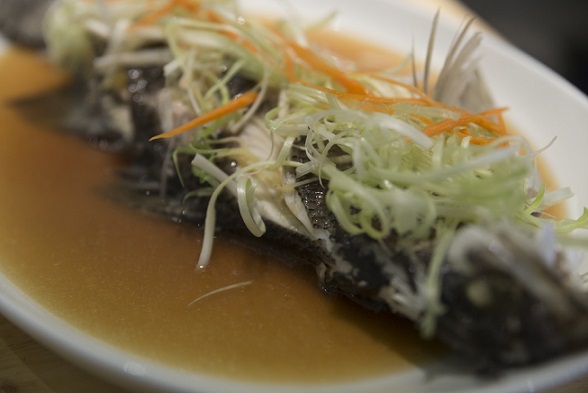 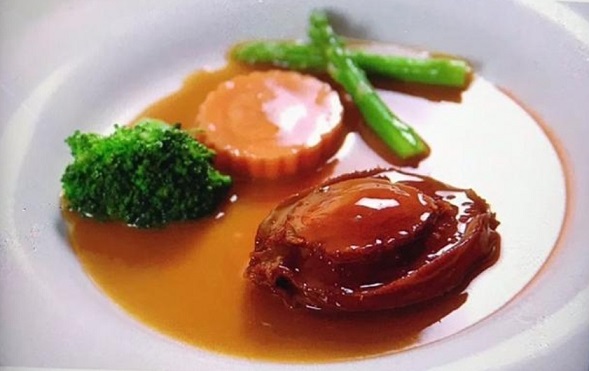 The Guangdong province in China, along with its capital city Guangzhou which was formerly known as Canton during the time of European exploration, is the home of the famous Cantonese cuisine that is loved by millions of people not only in China but worldwide, as it is the most popular Chinese food outside of the country. Utilizing subtle flavors and spices combined with fresh, healthy ingredients, it is easy to see its appeal to so many people around the world.

As Guangzhou, or Canton, is a port city, it is no surprise that fresh seafood plays a huge part in traditional Cantonese cooking. In a typical Cantonese restaurant, live seafood will be kept in tanks until it is time to cook it, ensuring the food is as fresh as possible. Fish, crab, lobster, scallops, and prawns all have an important role in Cantonese cuisine. Due to Guangzhou’s proximity to Hong Kong, Cantonese and Hong Kong food often describes the same thing and the terms are used interchangeably.

When it comes to preparation and seasoning, unlike those in many other regions of China, Cantonese chefs do not typically use very heavy and fragrant spices or sauces. The emphasis is always on the quality ingredients and their freshness, and the goal is to enhance their natural flavors with the right seasoning and preparation. Cooking techniques popular with Cantonese cooks are stir-frying, roasting, and, especially for seafood, steaming. The choice of spices can then be as simple as just salt and pepper.

Other spices and flavors popular in Cantonese cooking are, for example, the staple in every Chinese cuisine — five-spice powder, but also ginger, sesame oil, garlic, or spring onion. Soy sauce, sweet and sour sauce, or Hoisin sauce are also used, although in moderation. Apart from fish and seafood, many kinds of meat are found in Cantonese cooking — duck, chicken, pork, beef, lamb, and others.

Unlike some other regional styles of cooking from China, traditional Cantonese food is quite healthy, does not contain too many calories, and should not be very greasy or heavy on the stomach. Some of the most well-known Cantonese dishes are for example barbecue duck, barbecue pork (char siu), chillic crab, ginger and scallion lobster, Cantonese fried crispy skin chicken, among other delicious foods.

"Legends is a great Chinese restaurant with the finest authentic dishes. The quality of the food and service is superb."

"The restaurant is cosy and comfy, staff are helpful and friendly. Food has been perfect every time we have visited, always have a lovely night at Legends."

"This is definitely one of my favourite Chinese restaurant on Gold Coast. Food was absolutely delicious. Service was fantastic and efficient."

"Really enjoy the food and service here. I've brought so many friends here because it's one of my favourite places in Surfers Paradise. Love it!"